Articles in this section

Losses can be set off and carried forward manually on the tax dashboard.

The set-off matrix for the old regime is shown here: 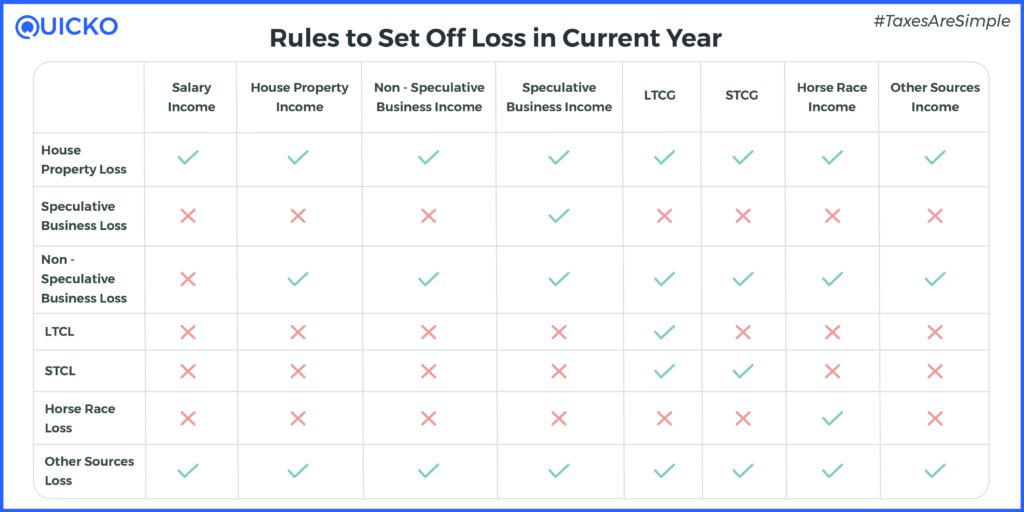 The set-off for the new regime is different in one significant way. House Property loss cannot be set off against all income heads as done in the old regime, it can only be done against house property income as per the new regime.

The carryforward matrix which applies to both old and new regime is shown here:

On the tax dashboard, you can set off losses manually against other income heads.

In terms of carry forward of losses, these losses can be reported and carried forward at the time of tax filing.